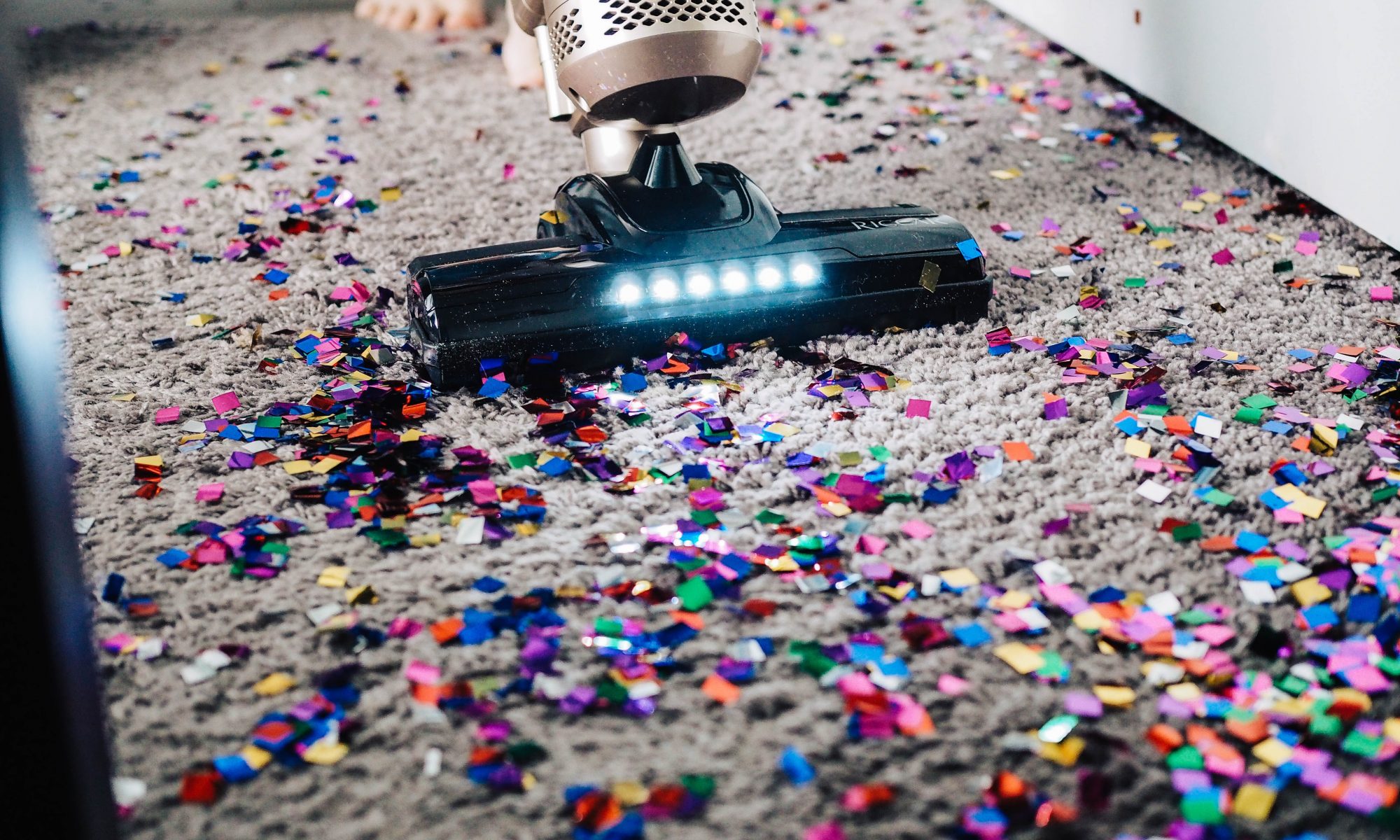 Recently, Meg and I accidentally realized we were vacuum-sealing coffee beans while on a trip. It wasn’t a perfect vacuum, and it wasn’t super-intentional. But I thought it was really interesting, and maybe some fellow science-and-coffee nerds will love it too.

It also made me pose a question, that my internet poking-around didn’t definitely answer. Should you vacuum-seal coffee beans? I don’t have a definitive answer to that, but hopefully this is a fun and nerdy exploration for you. And I think I can help you think clearly about whether or not this procedure is for you.

How We Accidentally Vacu-Sealed a Coffee Bag

We Went to Coffee Fest Denver 2018

On a whim, quite a while ago, Meg and I decided to go to Coffee Fest Denver 2018. Coffee Fest seems like a pretty regular (a-few-times-a-year) industry event run by a large conference-throwing company. And it was coming to Denver, which is very near us. And we were going to be in town when it did. So we had to go!

Coffee Fest seems to be making most of its money from special training classes focused at baristas, coffee-shop owners and the like. Oh, and the whole conference is for industry-people only. Which is to say they don’t allow scrubs like us. But we’re (because of this site…) “industry people.” And they took our money and let us in the door.

We love Bindle, which is a local coffee shop and roaster in Fort Collins, Colorado (our town). The people from Bindle are nice and make great coffee. Plus, they were offering free beans at Coffee Fest.

And so, on Saturday afternoon on the way to airport, we had to stop by the Bindle booth, and take our free coffee. We were in a hurry, and so didn’t think about it a lot. But we thought to put the bag in our checked luggage for the flight to California.

Most Coffee Bags Have One-Way Valves

Now, a thing that may not be as noticed by non-nerds as it is by me is that all coffee bags have a pretty cool bit of hardware on them. Some beans I get do come in valve-less bags. But something north of 90% of the coffee bags I’ve seen in the last ten years contain some pretty cool technology: a 1-way valve. The idea is that we need to let air out of coffee, but we don’t want it getting back in. So, these are a great little solution.

The valve is the little plastic thick part you probably see on most bags. Especially if the bag is mostly plastic and a little metal. Those bags are essentially the way that you let the ﻿CO2 from the roast escape, but make sure that the bag doesn’t explode and expand in shipping.

Airplane Cargo Holds are Not Pressurized

The last piece of this puzzle is that a one-way valve, coupled with the low-pressure of an airplane cargo hold, leads to all the air around our coffee bean escaping, and not rushing back in.

So, when I pulled the coffee out at our destination, here’s what I found on June 10 (six days after roasting, twelves hours from the plane landing):

These photos aren’t perfect, but they give you a good sense of quite how good a seal the beans had fresh off the plane. Out of curiosity, I let the beans sit a few days.

But Should I Vacuum Seal My Coffee?

In my internet researching of this question of vacuum-sealing coffee beans, one of the problems that people cite is that roasted coffee beans off-gas. That’s exactly what I found when I let these sit, largely untouched. Here are my pictures from the 13th, three days after the photos above:

You’ll notice that I flattened out the base of the base for photographing here. But both to my memory and to the photos, there’s a noticeable loss in tightness of the vacuum around the beans in the bag.

This makes sense. We know that fresh-roasted beans off-gas. That’s why we often will make time for a “bloom” when brewing relatively newly-roasted coffee. This is, essentially, trapped carbon dioxide made inside of the beans which is concentrated into pockets by roasting. This slowly escapes as beans sit around, even when they’re put into a vacuum. (The gas, when freed from its confines in the bean, gets bigger.)

Why you Might Want to Try Vacuum-sealing Coffee Beans

The logic on why you’d go ahead and try to vacuum pack coffee is pretty simple: it takes up less space, and is less exposed to air. These are both benefits, but for different (and differently-important reasons). Let’s examine each:

I admit, this benefit pretty small and silly. Most of the space my coffee takes up isn’t spent on the air between beans. It’s the excess packing material that surrounds that air-and-bean combination. And most ways I can think of vaccum-sealing your coffee, you’ll still have some excess packing material. So your benefit may be more than zero, but not by a lot.

Vacuum-Sealed Coffee Should﻿ Be Fresher

This one is what I was hoping my research would find a definitive article on, and it definitely didn’t. Turns out, our article on vacuum-sealing coffee beans might be the best the internet’s got right now! I think it’s reasonable to assume that oxidation is bad for roasted coffee. (It’s oxygen, that thing that keeps us alive, that makes most food spoil.) I found an article saying as much about coffee freshness.

(Very random aside: those bottles are comically light. I think because they want them to be at relatively low pressure for shipping safety. So they’re very unlike an oxygen tank, and they’re just gas inside.)

It follow that if you don’t want to use an inert gas on your coffee (which would be a viable alternative) you should vacuum-seal it if you can. Vacuum sealed coffee would have less oxygen around it, it’d thus oxidize slower (or not at all) and then taste good for longer.

How Would You Vacuum-Pack Coffee?

I’ve never vacuum packed anything with a machine. Not once. But I get how it works, and have done it before with my lung. When you do that, you get a plastic zip-lock bag and a straw. You mostly seal the back but for the straw hole, you suck out all the air you can with the straw, pull out the straw, and seal the bag as soon as you can after that.

If I decided to take seriously the idea of vacuum-preserving my coffee, I’d probably buy a FoodSaver. They seem to be the consumer-vacuum-packer brand that has succeeded. You can buy supplies for them anywhere from Amazon to Walmart. I’d just take my coffee, divide it into reasonably sized portions, and seal little bits at once. For me, that’d be something like at 32g batch for a Kalita Wave pour over.

When I wanted to use the coffee, I’d de-vacuum it. Grind it. Brew it. Drink it.

Vacuum-Packed Coffee is Cool, but Buying What You Use is WAY Easier

In general, I thought it was fun and interesting to accidentally vacuum seal coffee. If I magically came into possession of both a vacuum-sealer and a whole bunch (1kg/2lbs or so) of great coffee for home use, I’d probably try it in earnest.

But for me, the solution to this whole question of vacuum-sealing coffee beans is easier than that. Buy just the coffee you expect to use in the next few weeks. Use your coffee at the same rate you’re buying it. And you’re set. No need to worry about going to exceptional lengths to preserve it. That’s the option I’d favor, every time.

12 Replies to “Should You Be Vacuum-Sealing Coffee Beans? We Did, by Accident”